Carotid artery disease is a serious medical condition that can cause a TIA or stroke and loss of life. Strokes can occur when plaque decreases blood flow to your brain because of the narrowing of an artery or by breaking loose and blocking an artery in your brain itself. 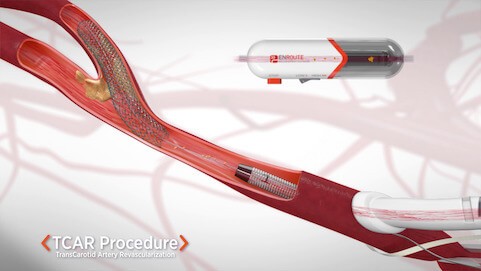 What’s Involved in Diagnosing or Preventing a Stroke?

Fortunately, the specialists at Desert Vein & Vascular Institute are the leading experts in the Coachella Valley area for vein and vascular issues. Unlike most other vascular surgical groups, we are uniquely trained and experienced to offer all forms of diagnosis and therapy.

What Are The Symptoms of a Stroke?

What Causes a Stroke?

How Will I Know If I Have Carotid Plaque?

Your doctor may hear a noise in your neck called a bruit. A TIA or stroke is also often evidence. However, most often, the plaque is asymptomatic when it is detected by a noninvasive test called a Doppler Duplex Ultrasound scan that shows you blood vessels and the blood flowing through them. Patients who may benefit from one of these tests are those at risk for atherosclerosis may include:

When Will I Need an Arteriogram?

Because blood vessels don’t show up on regular X-rays, an arteriogram may be necessary. Your DVVI doctor will insert a needle into an artery and inject a special dye to allow him to see detailed pictures of the inside of your arteries. A needle is usually inserted via your groin or femoral artery. A sensation of heat often accompanies the dye injection; however, local anesthesia and sedation is used to reduce pain. The procedure usually takes about 30 minutes.

In some instances, a Magnetic Resonance Angiogram or MRA can replace the need for arteriograms. MRAs are performed using high energy magnets and result in pictures of the blood vessels and brain very similar to those obtained by arteriograms and CAT scans.

How Is Endarterectomy Performed and What Is The Recovery?

The operation can be performed under general or local anesthesia. It takes about 60 minutes. The plaque is removed from the artery and the artery is repaired. Most patients are discharged the next morning. There is very little discomfort. Normal activity can be resumed, but heavy exercise and driving is limited for one week. Thereafter, full return to normal activity is encouraged, including activities such as golf.

How Is Transcarotid Artery Revascularization (tcar) Performed And What Is The Recovery?

Desert Vein and Vascular Institute also offers treatment of carotid artery disease by a novel technique known as TransCarotid Artery Revascularization (TCAR), which is a treatment that reduces the risk of stroke for high-risk surgical patients. TCAR minimizes surgery risks by keeping potential stroke-causing plaque away from the brain using a breakthrough proprietary device. The procedure is performed in less than half the time of a carotid endarterectomy procedure, which limits stress on the heart and significantly reduces the risk of having a stroke or heart attack during the procedure. Patients who undergo the TCAR procedure recover quickly and return to their day-to-day activities the next day, with less pain, smaller incision, and a reduced risk of future strokes. Desert Vein and Vascular Institute’s board-certified vascular surgeons have performed more than 200 TCAR procedures on patients in the Coachella Valley and have completed more TCAR procedures than any other vascular practice in the State of California.

Am I A Candidate?